5 Must Have Social Media Widgets for Business

There are literally thousands of Social Media widgets popping up daily. For business, some are better than others. The following 5 widgets I have successfully implemented for clients who have not built a full community. I would however be remiss if I did not mention that the future of enterprise platform providers will be their ability to seamlessly integrate widgets into their platform. Something to keep in mind!

With that-here are the five:

Below is a list of widgets your organization can utilize today. But the five above are ones that I feel are must haves for any business web presence. Please comment and add any other widgets you have successfully utilized.

#Hashtag Your Personal & Professional Life- Here Is Why! 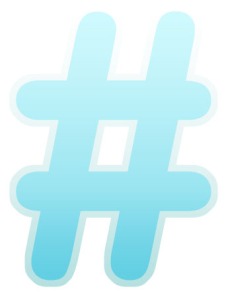 I spent the better part of my vacation last week looking of at the pitter patter of rain drops on the puddles of my street and wondered- “ I should build and ark?” Alas, I decided that would be too much work and went about my business watching movies and puttering around the house. Sporadically, I would update Twitter with what I was up to. Nothing exciting really! But what was interesting was some of the direct messages I received. Items like; “Do you have a #hashtag for your vacation” and “…what about #DSVaca”.  Classifying your Twitter posts under large #hashtags like #SEO, #Social Media or say #Michael Jackson makes sense.  But what about something as diminutive as my vacation?  Do people really care? Should I really organize my laundry folding activities under #DSVacation?

After thinking this through-I have decided the answer is yes and here is why. For the very same reasons humans are addicted to Tetris are the reasons why #hashtags should be attached to every Twitter post. Humans not only like organization-they crave it and are naturally drawn to crisp organization! For the people who were sincerely interested in my overly boring vacation- it is easier for them to look at a earmarked #hashtag then it is visit my profile and  then the profile’s of the people I rubbed elbows with on vacation. #hashtags make Twitter less time intrusive and more organized-a lesson everyone can learn from both personally and professionally.

My suggestion is to hash all facets of your life. One, because people actually do care! But more importantly, they help to create the organization we all need in our personal and business lives. In other words, they streamline the information that matters in a product and efficient way.

of Twitter posts into any community or website. The posts would be organized by either keywords or opt-in by the Twitter user. The value is exposure for Mzinga and a huge value add to the Social Media industry. My idea was met with crickets from the then head of Social Media platform development.

I received a Tweet today from a peer who was in the know of my suggestion. That person also attached a link to this article: Tweetizen: Create Instant Twitter Community on Your Website. I feel vindicated!

Tweetizen is a fantastic tool that I would recommend anyone with a niche website. If your web presence encompasses a wide spectrum of subjects, the Tweetizen tool might be a bit cumbersome to draw in all the keywords. But if you can think of three keywords that encompass your web presence, then here is the value.

I created a group for Authority Domains here. My only complaint is where is the search functionality to search the existing groups?

Sit tight, the embedded/widget version is about a week away. For now I would suggest getting your feet wet and playing with the tool so you can plug it in when it goes live. I will update this blog when that functionality is live!